There is another disclosure about Xiaomi’s two powerful smartphones. The company’s Redmi K20 and K20 Pro have been listed on Flipkart. This means that these two phones of the Redmi K20 series will be Flipkart Exclusive, meaning that they will be Flipkart. Both of these phones have been in discussions for a long time, but recently the date of its launch has been confirmed.

Chief Manu Jain of Shiomi India had tweeted that both of these phones will be launched on July 17. It is being said that the company can also take a look at the Redmi K20 Pro’s Marvel Heroes Limited Edition on July 17.
The Redmi K20 and  Redmi K20 Pro both have 6.39 inch full HD plus AMOLED panel, in which the 19.5: 9 aspect ratios It contains 91.9% screen-to-body ratio. Talk about the Redmi K20 Pro processor, it has a Qualcomm Snapdragon 855 processor. It also supports the Adreno 616 GPU. To boost gaming performance, Xiaomi has also given the new software feature- Game Turbo 2.0.

Recently Indian prices of these two phones have also been leaked. According to a report by iGyaan, the price of Redmi K20 Pro in India will be Rs 24,999. This price is of 6GB / 64GB variants of this phone. 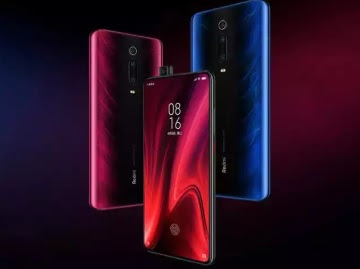