Veer (John Abraham) takes the mission of killing corrupt cops in the Mumbai Police force. Haunted by ghastly incidents from his past, he turns into a vigilante and Veer has his own mysterious plan of action. Meanwhile, the honest and intelligent inspector Shivansh (Manoj Bajpayee) has given the arduous task of tracking down the police killer. 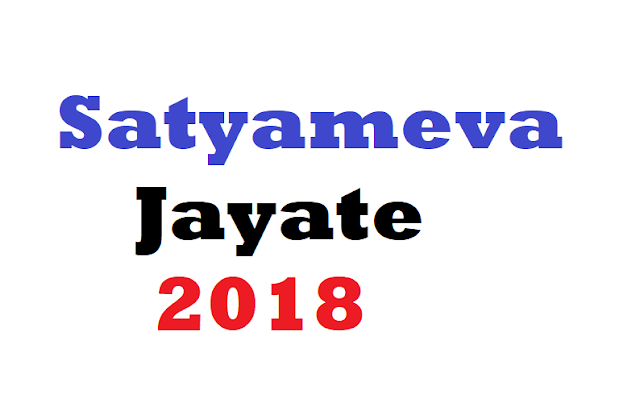 Movies with themes of anti-corruption and misuse of power are relevant to our times, now more than ever before ‘Satyameva Jayate’ (SMJ) is an action thriller that works on the simple premise of an angry man, fighting corruption with raging passion and violence. While the setup is pertinent, the execution is far from ideal. This masala entertainer has a huge hangover of the staple cinema that used to attract crowds during ’70s and’ 80s. But the thundering background score (the Sanskrit chanting used to heighten the drama in many scenes), unrelenting drama and over-the-top action, make this movie feel a little too jaded.

The film starts off with Veer (John Abraham) burning a cop alive. It sets the tone for the rest of the film, which over a course of 2 hours and 20 minutes, does not deviate from the set path. Veer miraculously shows up every time a police is committing a crime in various suburbs of the city. There is a twist in the story at mid-point, but even after the arrival of this unforeseen development, the screenplay stays on the crusade against corrupt cops and setting them flames. The narrative never changes Gears from the cliched good versus evil scenario, while also doling out lessons on patriotism. The heavy-duty dialogues are written to play, but more often than not they are over-employed and end up losing their intended effect. The rivalry between Manoj Bajpayee and John Abraham’s characters had a lot of scope, but the writing failed to explore it in a reliable way.

The performances are a lot better than director Milap Zaveri’s vision. John Abraham leads the charge in ‘SMJ’ While he’s tearing up tireless and beating the bad guys to a pulp, he infuses the angry young man Manoj Bajpayee as is in top form His ace act as the fiercely determined and honest cop adds credibility to the film Debutante, Aisha Sharma, has a confident screen presence, with a little more work on diction, she can do much better.

‘SMJ’ is very hard to sell But the big booming treatment is a bit too hard to accept and digest. With John in the film, one can expect good action, but it’s too boggy and a little too bloody at times. Truth be told, the story is relevant in today’s times, but too many cliches in the story and the style of storytelling will want to cop out of this one.