RRB ALP answer key 2018 on 15 feb: The RRB ALP will be issued on the 15th of February by the Railway Recruitment Board. Candidates joining this examination can download the Answer Key by visiting the Regional website of the RRB. Earlier, the RRB (ALP Technician 2nd Stage Answer Key 2019) was to be released on February 11, but for some reasons the answer was not released on that day. 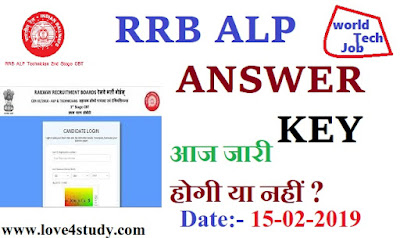