New Delhi OPPO A7X and Razer Phone 2 can be launched Two new handsets can be launched soon in the smartphone market. The first phone is the OPPO A7X and the second phone is Razer Phone 2. Even before the launch, many information leaked from the specs to the price of these two phones. Let us know that OPPO A7X has been spotted online. Right now, Razer Phone 2 has been seen on the benchmarking website AnTuTu. In this post, we are telling leak information on both the phones. 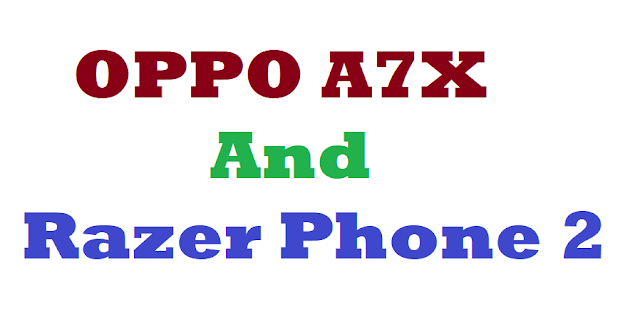 Let’s talk first of OPPO A7X. This is like the OPPO F9. A 6.3-inch FHD Plus display can be given in it, whose pixel resolution is 2340×1080. The Meditech helio P60 chipset and 4 GB RAM can be given in the phone. The phone is expected to provide 128 GB of internal storage which can be extended with the help of MicroSD card. The phone is expected to provide a fingerprint sensor and face unlock. In lex, it has also come to know that the phone is made from glass sandwich design.

Talking about the camera segment, the phone is expected to have a dual rear camera. Its primary sensor will be 16 megapixels and the second sensor will be 2 megapixels. At the same time, the cell phone is expected to be given a 16-megapixel front camera. According to Lex, the phone will work on Android 8.1 based on ColorOS. In addition, it can be given 4230 mAh battery. It is expected to be introduced in Purple Gradient and Purple Black Color variants. Its price can be around 2099 Chinese Yuan i.e. around 22,000 rupees.

According to AnTuTu listings, Razer Phone 2 will be equipped with Qualcomm Snapdragon 845 processor and 8 GB RAM. Plus it will work on Android 8.1 Aero It will provide 512 GB of internal storage. It will provide a QHD panel with 2560×1440 pixel resolution. Also 16: 9 aspect ratio will be given. According to the listing, the Sharp IGZO screen and Qualcomm display technology can be given on the phone. It has been given 283397 scores on AnTuTu.

This phone has also been seen on Geekbench. Razer Phone 2 has achieved 2026 in single core and 8234 in multi-core. An executive of the company has said that this phone will be launched in December. Razer Phone 2 can come with virtual 7.1 surround sound.