From the new W-Series LG, the screen will be released on June 26.

LG has confirmed that the company will launch its new W-series smartphone in India on June 26. According to the Teaser posted on the official website of LG India, the upcoming LG W-Series phones will also help in pulling the,
Triple Rear camera, night mode for better photography in low-light, and also attracting new LG Wide-angle photos of the LG brand.
Interestingly, in the LG W-Series, Nokia can be hidden with the help of the Black Bar. 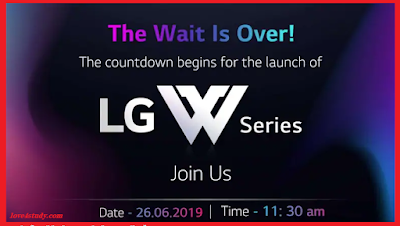 LG has also sent invoices to India for its upcoming W-Series phone launch on June 26. In addition to the teaser on the official website of the company, a microsite on the e-commerce site Amazon has been made live, you will also get a ‘Notify Me’ button here. According to the teaser image, the new LG phone will have the vertical triple rear camera setup and will have three color variants with a gradient design – Bright Shade of Blue, Green, and Black. 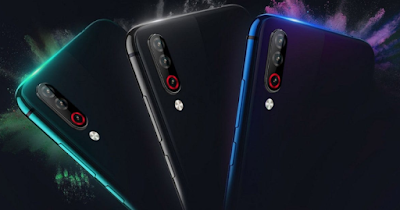 LG claims that the phone’s AI cameras will be equipped with many photography modes and features such as Night mode, Portrait mode, Bokeh mode as well as phone wide-angle photos. This means a sensor wide-angle lens from the rear sensor on the rear portion of the phone. LG has also revealed that the phone will have a 2.0 GHz octa-core processor. But at the moment it is not clear whether the chipset will be used by the media tech or the Qualcomm in the smartphone.
An interesting feature of the upcoming LG smartphone brand will be that the shape of Waterdrop Knoch will be changed. According to the teaser image, users will be able to select from the size of ‘U’ and ‘V’ or if they wish, it will be able to hide with the help of Black Bar. Apart from this, LG says that the upcoming LG W-Series phone will be launched in the affordable segment.
Categories: Mobile DetailsMobile/Laptop Details