Samsung has launched a new smartphone in India, which is the most premium A series smartphone from the company. The Samsung Galaxy A8 Star is now officially available in India, exclusively on Amazon from the 27th of August. The device is aimed to compete in the affordable flagship segment, which costs between Rs 30,000 to Rs 40,000 price mark. 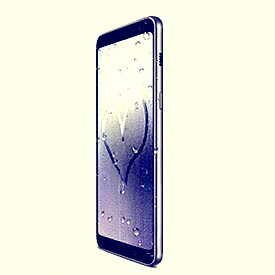 The Samsung Galaxy A8 Star retails in India for Rs 34,990 and will be available on Amazon from 27th of August 2018. There aren’t much offers associated with the launch of the smartphone, other than Easy EMI offer.

Specifications of the Galaxy A8 Star

As stated above, the smartphone has a 6.3-inch Super AMOLED display. The company calls it as Infinity display with a modern 18.5:9 aspect ratio display with narrow bezels on both sides of the smartphone. On the back of the smartphone, the smartphone does have a physical fingerprint sensor as well. The smartphone is powered by the mid-tier Qualcomm Snapdragon 660 octa-core SoC paired with 6 GB RAM and 64 GB internal storage with a micro SD card slot for additional storage expansion up to 400 GB. However, do note that the micro SD card does consume the secondary SIM card slot. Cameras are the main highlight of the Samsung Galaxy A8 Star, where the smartphone has a 16 MP + 24 MP camera setup. The sensors automatically adjust itself to take high-quality pictures depending on the lighting situation. The primary camera setup does support 4K video recording and comes with an f/1.7 aperture, which will help the camera to take good pictures, especially in low lighting condition. On the front, the device has a 24 MP front-facing selfie camera which supports 1080p video recording and also offers face unlock. The smartphone beholds a massive 3600 mAh Li-ion battery with support for fast charging (9V and 1.6A) via USB type C port and the device also has a dedicated 3.5 mm headphone jack as well. In terms of software experience, the device runs on the latest version of Samsung Experience UI on top of Android 8.1 Oreo and the device is likely to receive Android 9 update in the future.