It are mid of 2018 and all of us know what happens in such time of the year. Still, Guessing? This period are the time for Iphone to release its latest Iphone in 2018. Yes, I know you all are pretty excited for Iphone latest so am I.
As far as we talk about Apple, it’s set of the next beast lineup of Iphone can come anytime in the month of September. Being Android’s greatest rival, this time, Apple will surely look to turn the tables around.
Hence, to let you know everything about the Iphone latest 2018 and its rumors, let’s not waste any further time. So, what we can do? Let us move forward and discover some of the most awaited Iphone latest news, all over. 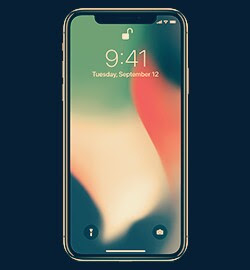 Iphone Latest 2018: What You Can Expect From the Tech Giant?

Like Apple did in the year 2017, Apple is still ready to launch three of their latest Iphone 2018. This thing will be obviously the event of Apple which may be anytime in the month of September most possibly.
But, here is the twist which will bring its current line-up of smartphones. Instead of releasing two regular Iphone, the next set of Iphone

What is the Real Rumor on the latest Iphone 2018?

Based on rumors and speculations, Apple is all set to release two Iphone X models which are obviously different in their speculations.
Whereas, there will be a high variant of the Iphone X probably known as the Iphone XS with its big brother, the Apple Iphone XS Plus.
In addition to the above Smartphone’s, there will be a base variant which will be a little less expensive than one of the other two.
What’s the name of the low-expensive Variant? Well, the name can be anything like the Apple Iphone 8S, 8S Plus or any stunning name.

A Cheap Iphone is in the Making?

On the basis of the Iphone latest update, the Iphone XS and the XS Plus will definitely be priced at the higher price as the Iphone X.
Meaning? It will be above $ 1000 or even more.
However, talking about the cheap Iphone of 2018 will probably bring the Iphone 9 straight into the limelight.
Thinking about the specs? This phone will come with LCD display and a single camera and loads of other features.
In terms of the pricing, it can cost around $ 600- $ 800 which still can change, based on Apple’s demands.

Fight of the Face ID Vs In-Display Sensors

Coming down on the fight between Face ID and In-Display Sensors, both Android and iPhone are odds.
Here, Android is looking forward to implementing In-Display Fingerprint sensor in their phones, while iPhone has its focus on the 3D Face Authentication Route.
So, in the case of Apple, the job of 3D face recognition seems to be a bit, “Mission Impossible”. Still, there are concerns over the security

As of now, Apple has unveiled most of the features which will come with their iOS 12. So with this, Apple has given us a big hint, what the Iphone latest models bring for us in 2018
Still, to let you know some of the marvelous features of iOS 12, let’s quickly get some of the amazing ones.

The Notch Fashion seems to be an un-ending Thing
Since the last iPhone X, the touch has become the smartphone trend. Apart from the iPhones latest, even Android manufacturers have adopted the same and making smartphones including the notch.
Yes, Google has developed some of the latest notch guidelines, ignite for some more years.
Till now, we are not sure whether Apple will bring an innovation in their notch for 2018. Still, the various rumors point towards an all-new revolution in the design.
Categories: Mobile Details