Huawei will be launching its new smartphone Huawei Y9 (2019) on January 10 in India. This phone will be launched at an event organized in Delhi. This smartphone can be sold exclusively on Amazon India. Amazon has released Huawei Y9 (2019) teaser too. Along with this, a separate webpage has been made live on Amazon Dot Inn for Huawei Y9 (2019). It is clear from the online listing that along with this phone, consumers will be given a free Rachark sports Bluetooth headphone of Rs 2,990 for free.
Let’s tell you that Huawei Y9 (2019) has a 6.5 inch full view display. This phone is equipped with 3D Curved design. The Kirin 710 processor has been used in the smartphone. Which comes with the AI ​​Power 7.0. This smartphone has dual rear setup camera. The primary sensor is 12 megapixels and the secondary sensor is 2 megapixels. Apart from this, the dual camera has been given in front also. 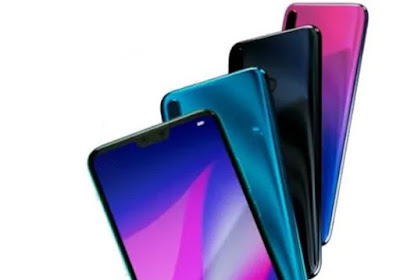 In which a sensor is 16 megapixels and the other is 2 megapixels. But it is also said that both cameras are equipped with AI. Actually, Huawei will be launching Y9 (2019) with 3 GB and 4GB variants. Its inbuilt storage is 64 GB. Which can be extended up to 256 GB via micro SD card. This smartphone has a finger print sensor.
Which is a lens with 4.0 identification technology. This phone can be unlocked in 0.3 seconds. Apart from this, there is also fingerprint navigation in upgraded fingerprint technology.
Read Here Also
Categories: Mobile DetailsMobile/Laptop Details