To save the confrontation at the box office, the makers carry out all the precaution. Release dates are fixed with utmost caution. Especially in big budget movies, it is very cautious that there is no clash with any other big movie, but the clash still does not bother.

This is going to happen on August 15 at the box office. For the big budget films, the release date of the holiday remains around a festival or public holiday. Independence Day holiday is also considered important for the release of Bollywood movies. Especially for those films whose theme is patriotic. This time, on August 15, Akshay Kumar’s ‘Gold’ and John Abraham’s ‘Satyamev Jayate’ are being released. The first Deol family’s ‘Yamla Pagla Deewana again’ was also going to be released on this date, but it has been slipped till August 31.

‘Gold’ is a period film, which is based on the victory of the first Olympic gold medal in the nation’s hockey game after independence. Akshay Kumar is in the role of manager of the Hockey team in the film. TV star Mouni Roy is starting his film journey with this film. ‘Gold’ is directly related to patriotism and this point is being highlighted in its promotional material too. Recently the Hindi poster of the film has been released, which has been written on it – Revenge of 200 years of slavery. Akshay has shared with this poster – a dream that added the whole country together.
At the same time, John’s ‘Satyamev Jayate’ is an action masala entertainer, but in the background there is a vivid issue of corruption, which is directly related to the country and society. Obviously, both ‘Gold’ and ‘Satyamev Jayate’ highlight the ideology of patriotism. However, both Akshay and John do not look worried by the collision. 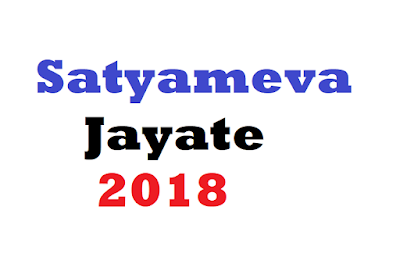 In the same way, similar challenge to Akshay Kumar has come in early this year. Akshay Kumar’s film ‘Pad Man’ and Sanjay Leela Bhansali’s ‘Padmavat’ was going to be a conflict. Akshay’s ‘Pad Man’ was going to be released on January 25. However, Bhansali came with his film ‘Padmavat’ on this date. ‘Padmavat’ was about to be released on December 1, 2017, but due to not getting the censor certificate, the movie was postponed. Later Akshay decided to release ‘Paddman’ on February 9 due to his relationship with Bhansali. This decision of Akshay proved to be good and the film was successful at the box office.

The color box of ‘Gold’ and ‘Satyamev Jayate’ shows what is going on in the office, it will be known only after the release, but at the moment, there are some of the trials that have been well-known in recent years.
Categories: Entertainment